A woman from Rajpur village, about 50 km from Ahmedabad, has no plans of being separated from about 400 winged mammals that live in her two-room house. Villagers call Shantaben Prajapati, 74, ‘chamachidiyawala ba’ (grandma living with bats).

“I have heard of Nipah but I am not afraid. I have been living with bats for a decade now. They are my family. Their population inside my house has proliferated after I shifted from inside my house to the courtyard for preparing meals and sleeping. The interiors only have a few belongings,” says Prajapati, who opens the door to show the ‘bat colony’ occupying all four walls on the ground and the first floor. 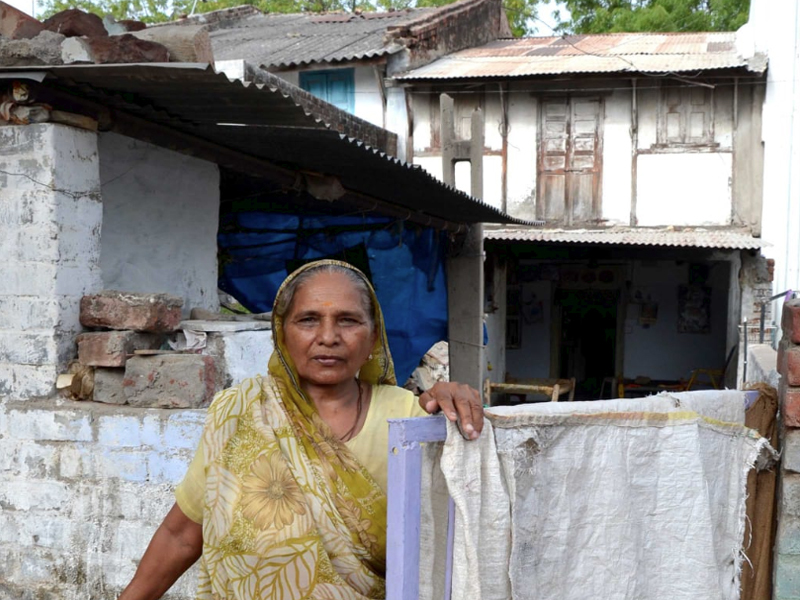 It started about a decade ago when a group of bats made one of her unplastered walls their home. At first she was scared as the bats — identified by experts as greater mouse-tailed bats – used to fly in the night and come back again early morning and soiled her floor with droppings. Huddled together like a small bundle, they dotted the entire house. But Prajapati had no one to share her home with as her three daughters – Jyotsna,
Chandrika and Kanchan – are married, and her son Dinesh lives in Mumbai. Prajapati had raised her kids by working as a farm labourer after her husband Kanjibhai died due to electrocution when she was 30. 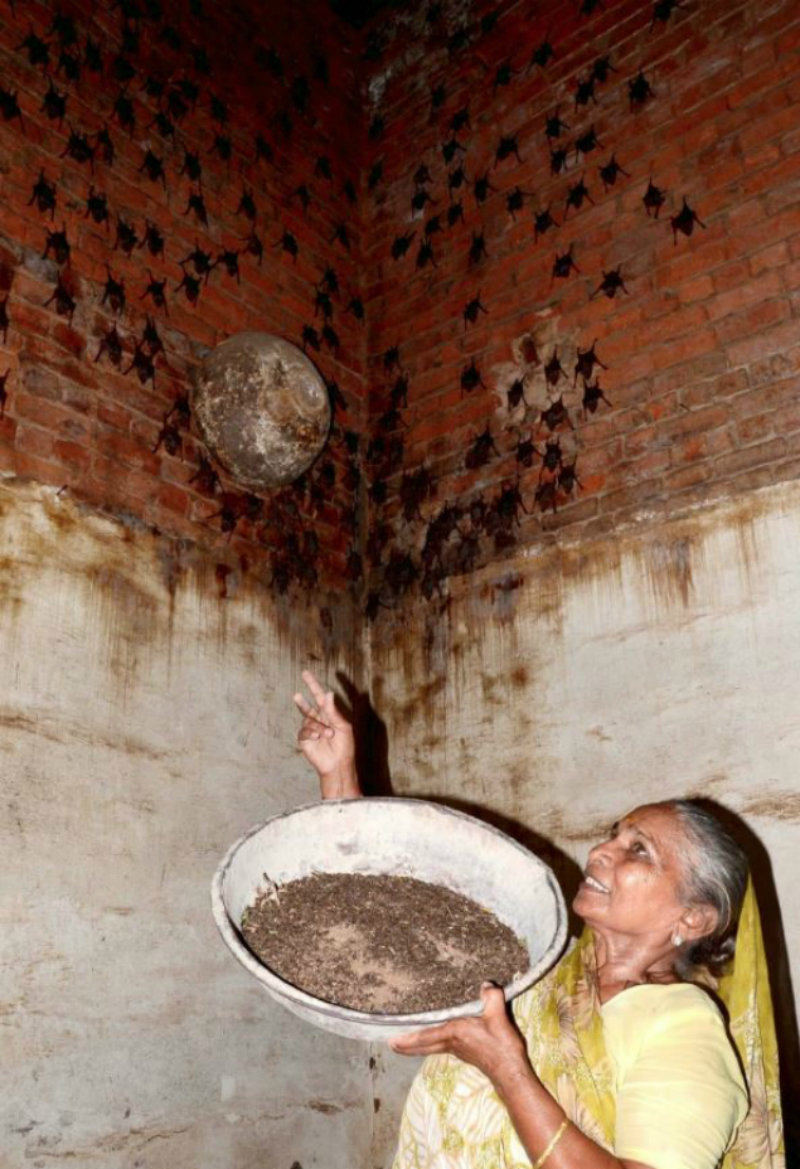 To fight the stench, Shantaben burns incense of neem and camphor twice a day while collecting a bucketful of droppings. “A few nearby residences also had a few bats living there. But they were quick to get rid of them through chemical treatment. I cannot do it. They will leave when they have to. Who am I to decide their fate?” she asks. 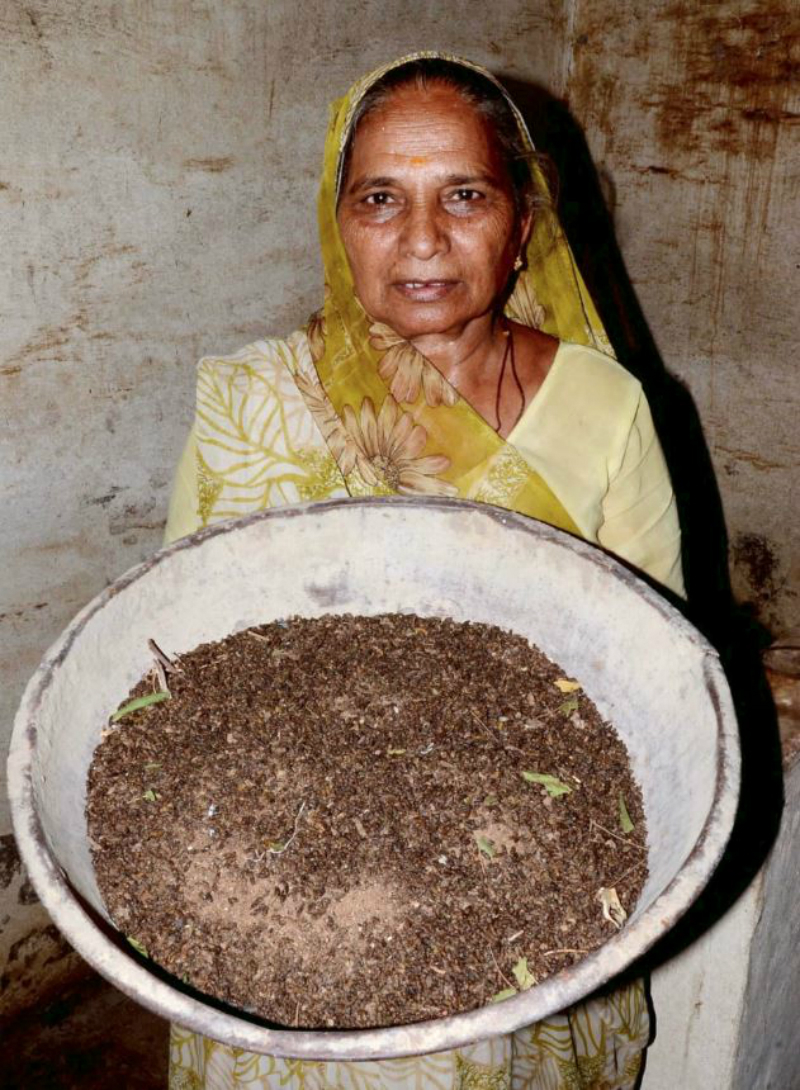 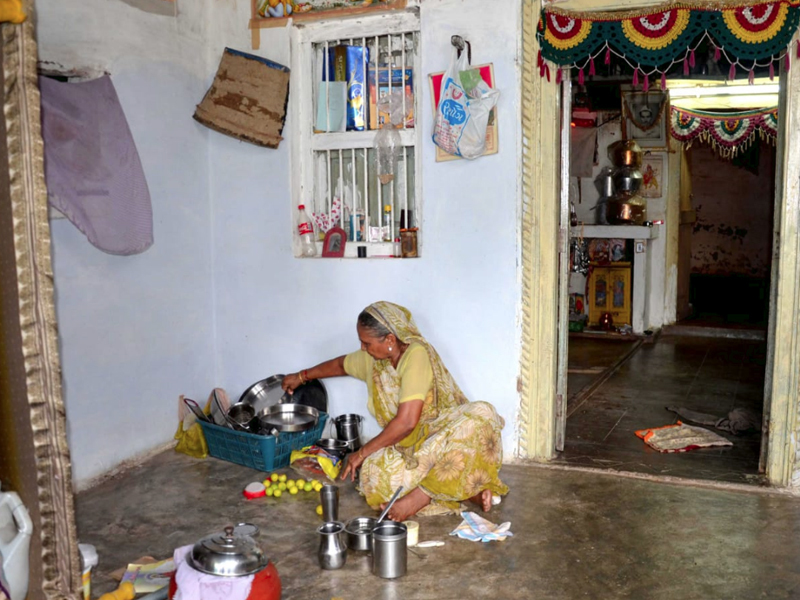 She says she will not part with them till her death. Her affection for the bats has also been subject of a documentary by a Delhi-based film student in 2015.