New Delhi: The Bombay High Court granted bail to actress Rhea Chakraborty in a drug case linked to actor Sushant Singh Rajput’s death. Her brother Showik Chakraborty’s bail plea has been denied. The Narcotics Control Bureau had apprehended them in September in connection with the drugs case. Rhea got bail on a personal bond of Rs 1 lakh. The court said, “Rhea should mark her presence for 10 days in the police station after release, deposit her passport, not to travel abroad without court permission, and report the investigating officer if she has to leave Greater Mumbai.” 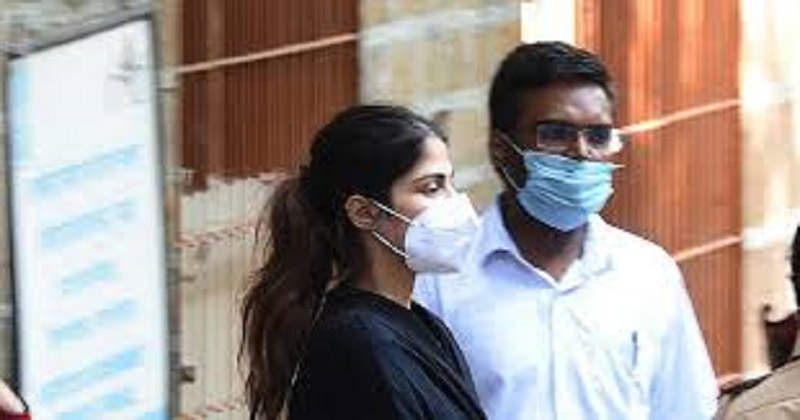 A special Narcotic Drugs and Psychotropic Substances court in Mumbai had extended the judicial custody of Rhea Chakraborty and others in the case till October 20. As per the officials, 14 persons arrested in the case were produced before the special court here through video conferencing for the grant of judicial custody.  The Narcotics Control Bureau (NCB) had launched an investigation after it received official communication from Enforcement Directorate (ED), in which there were various chats related to drug consumption, procurement, usage, and transportation in connection with Sushant’s case.

The NCB had undertaken an investigation after it received official communication from Enforcement Directorate (ED), in which there were various chats related to drug consumption, procurement, use, and transportation in connection with the Sushant Singh Rajput death case. Sushant was found dead at his apartment in Mumbai on June 14. His death case was initially investigated by the Mumbai Police. The CBI had later taken over the probe from Bihar Police into the apparent abetment to suicide case filed by the actor’s father KK Singh in Patna against Sushant’s girlfriend Rhea Chakraborty and her family.