If there is anything more interesting than Abbas Mustan’s thriller films, it’s the whole Kangana and Hrithik fiasco that has been in news for more than two years now.

While the whole spat had fizzled out in between, looks like it hasn’t reached the dead end as yet.

In Kangana’s latest ‘Aap Ki Adaalat’ explosive interview, she had made some revelations about her alleged affair with Hrithik Roshan. 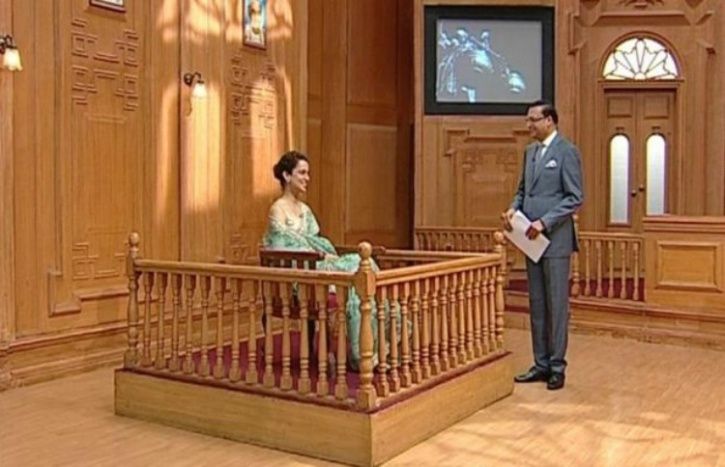 And now, latest revelations made by a leading English news channel prove that Kangana Ranaut was not communicating to Hrithik Roshan all this while, but to an imposter who lives in New Jersey. The news channel had an access to all the emails that Kangana had sent to the actor.

Several reports hint at the fact that Kangana was stalking Hrithik Roshan and continuously sending him e-mails. The channel even quoted one of her emails from November 30, 2014 when Kangana wrote, “Let me know if I can do anything for you”.

Forensic reports have confirmed that the sexually explicit emails were sent by an imposter and not the actor. And they further claimed that Hrithik Roshan’s laptop doesn’t carry any picture, which hints at the fact that they never shared an inter-personal relationship.

While Hrithik Roshan has already submitted his laptop to the cyber cell, Kangana has failed to do so.

Hrithik has not spoken a word on the whole fiasco, ever since Kangana’s interview was aired but Rakesh Roshan has expressed that they will speak only when they have valid proofs.